Production of
green hydrogen and blending

HYDROGEN: the energy of the future

Hydrogen is the most abundant element of the entire universe. It makes up 90% of the sun and on Earth, it constitutes 75% of the matter that surrounds us as it is present in different elements, from water to organic compounds such as hydrocarbons.

The hydrogen molecule tends to bond with other atoms and this is why it is difficult to find it in nature at the pure state. Pure hydrogen is an extremely interesting energy carrier. Indeed, it is a fuel having a high calorific power and burns without emitting CO2. For this reason, it is the ideal candidate for the future zero-emission conversion of many high energy density processes.

The use of hydrogen today is primarily in the oil and gas sector, in which it is used as a chemical reagent in the different oil refining processes.

Over 95% of the hydrogen produced comes from the Steam Reforming of fossil methane. This process is able to produce large quantities of hydrogen, but it can be implemented only on very large scales. Moreover, it is responsible for the emission of enormous quantities of carbon dioxide: 9 kg of CO2 per 1 kg of H2. This is the reason why it is also called grey hydrogen. If a technology for capturing and storing CO2 is placed side by side with this process, blue hydrogen is obtained, emission-free, but it requires the possibility to store and handle the huge quantity of carbon dioxide produced.

Green hydrogen, on the other hand, is generated through electrolysis, starting from simple water and from renewable electricity. This production takes place without any emission of CO2, and for this reason it is emerging as a fundamental process in the energy decarbonisation scenario. Furthermore, as it does not need either massive infrastructure or raw materials other than simple water, anyone can produce it on any scale and in any location.

Currently, this hydrogen – boasting zero carbon dioxide impact – counts for less than 5% of the hydrogen produced globally. Nevertheless, given the considerable reduction in the cost of non-programmable renewable sources, together with the technological advancement of the electrolytic cells and the expected increase in CO2 emission costs, an explosion of the amount of green hydrogen compared to the total produced is forecast for the future.

With 1 kg of  green hydrogen we can:

MOVE A FUEL CELL CAR FOR

IF USED IN A MIXTURE WITH

IF USED IN INDUSTRY AS A

IF USED FOR THE

Its applications are manifold.

Given the possibility to be injected and transported in today’s network of methane pipelines, it can be used in a mixture or to replace natural gas to supply thermal energy to all utilities: from domestic heating up to big hard-to-abate production processes. This is why it is succeeding as a pillar of international energy strategies, playing a key role in guaranteeing the European and international objectives leading to decarbonisation.

It can also be retransformed into clean electricity with the use of fuel cells, serving as a carrier having enormous potential in terms of storage of non-programmable renewable source.

Lastly, it can be used in chemical reactions such as methanization to produce synthetic hydrocarbons. 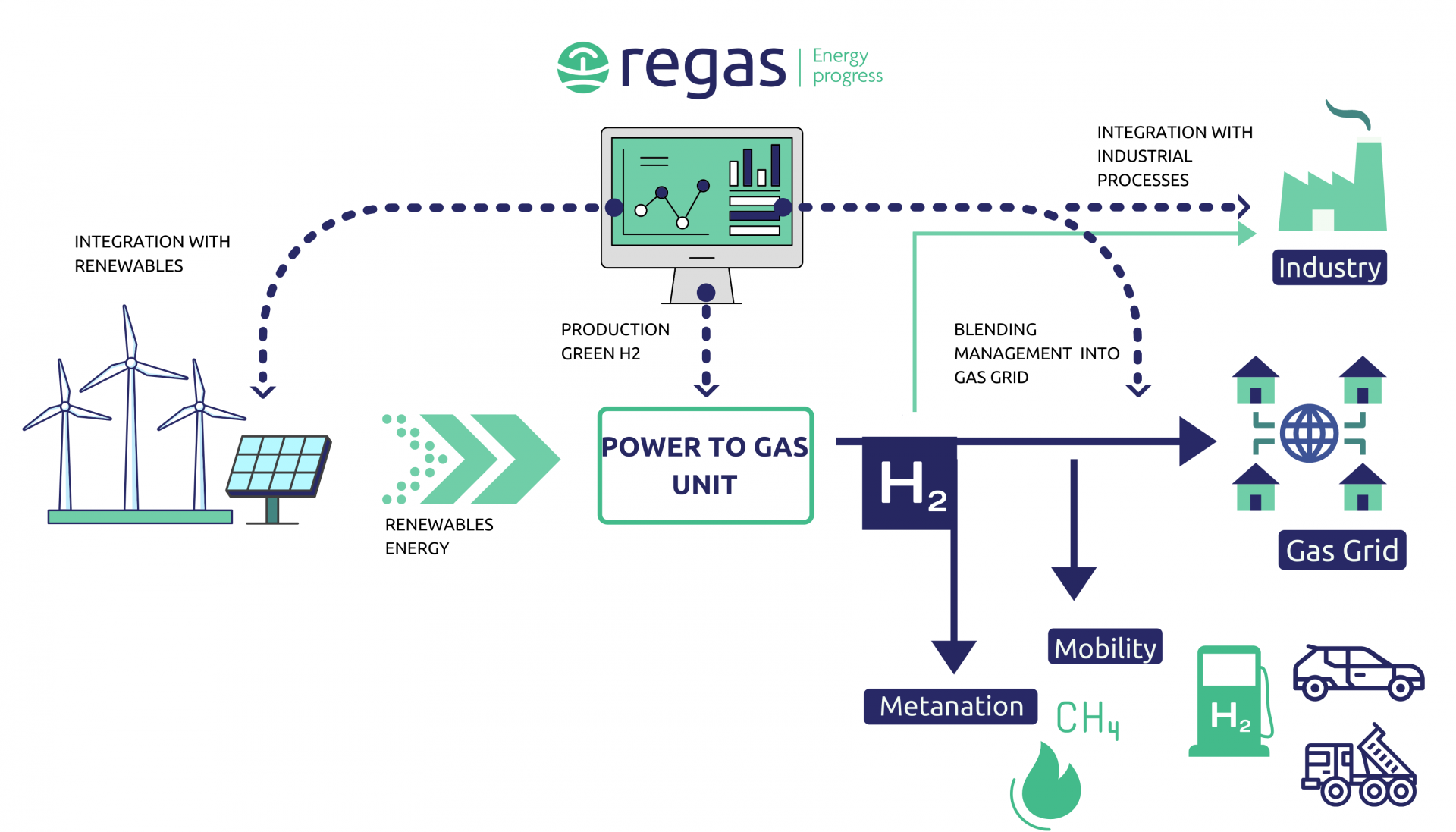 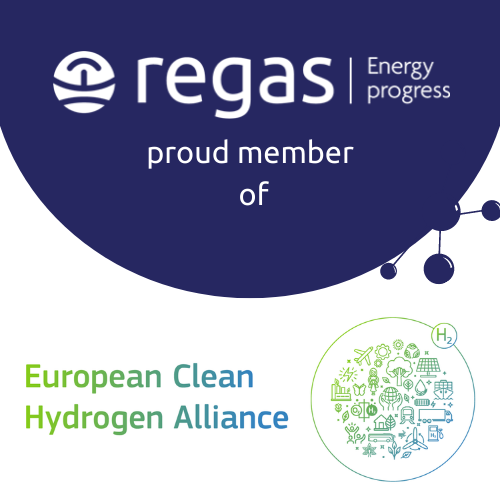 Regas is an energy company with innovative DNA that pays attention to the environment and that has a 25-year-long history of success. Ever since it was established Regas has distinguished itself owing to its tangible commitment to environmental sustainability matters and its ever-increasing interest in the energies of tomorrow.

We study, design and test solutions for integrating hydrogen in the world of natural gas, for both energy distribution and the industrial and civil sectors, since we believe that it can be a precious ally to meet the international decarbonisation goals.

In 2020, Regas joined the European Clean Hydrogen Alliance together with the world’s leading players of the energy industry in order to launch, also jointly, research projects to reach European climate neutrality.

Advance power-to-gas
systems for any
hydrogen use.

In early 2021, Regas signed an agreement with ErreDue Spa, the largest Italian producer of electrolyzers having 20 years of experience in the development of electrochemical technologies for producing on-site technical gases. This strategic partnership combines the guarantee of the key technology’s quality together with Regas’ ability to integrate it in all energy sectors by adopting automated and IoT solutions.

The system offered is easy to transport and install and is totally customisable. The size and storage capacity can be modulated based on the customer’s requirements and it guarantees a controlled and personalisable hydrogen content mixing according to the needs.

For a 4.0 gas network: DIGITAL, SMART and HYDROGEN READY.

In addition to the better and more reliable Power-to-Gas technology, which transforms the electric surplus into hydrogen and makes it transportable over the current distribution infrastructure, we also make available a complete range of products and services to adapt the network to the new scenario.

As we have always been technological partners of the most important players in gas transmission and distribution, our products are studied to meet the needs arising from the new flows in the network, such as the new needs for odorization, a different management of the pressures and the need for constant and reliable monitoring of the varying mixtures in the different points of the network. 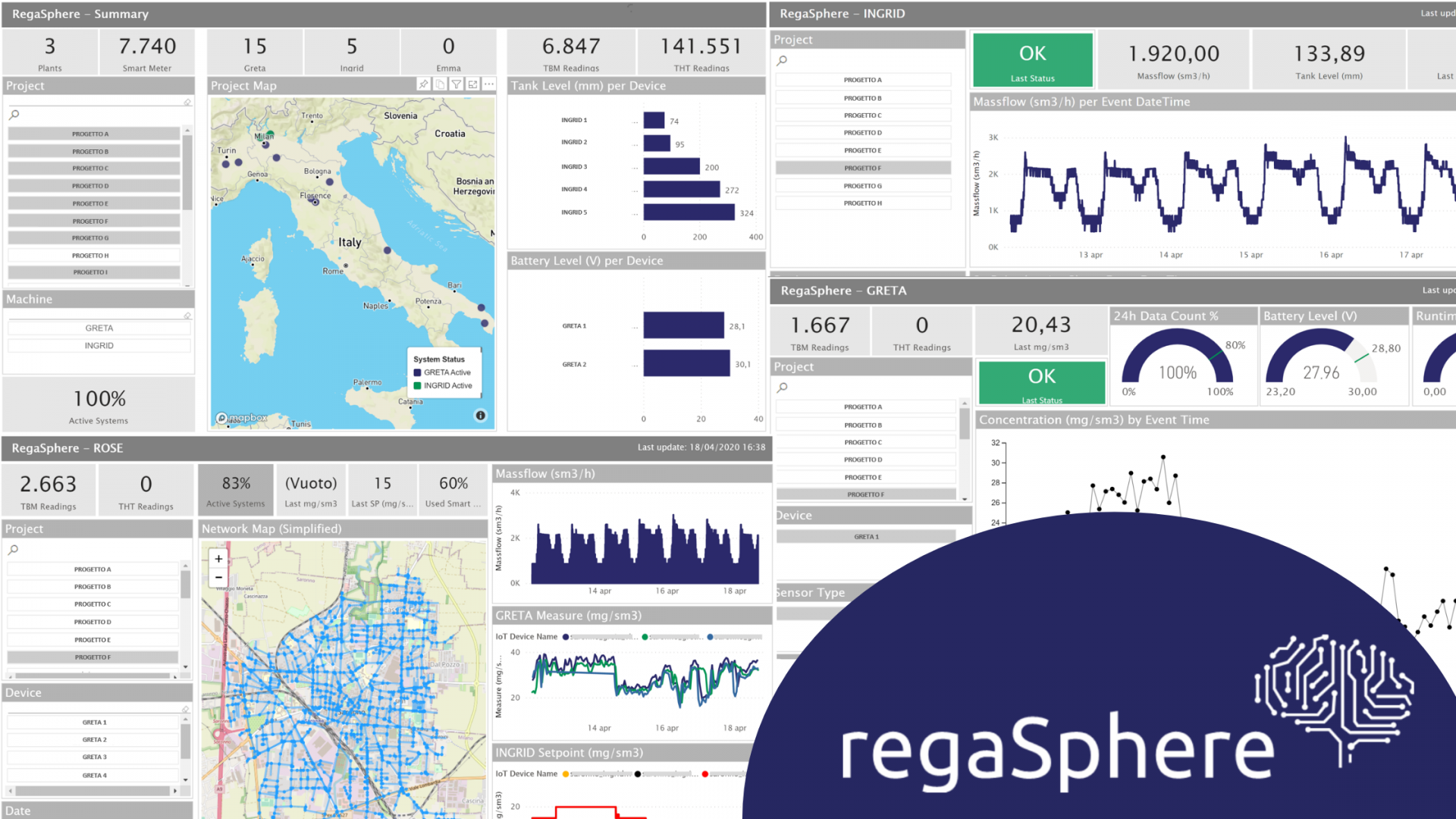 Regas products – extremely personalisable based on the requirement of each distributor – range from high precision hydrogen injection systems and gas chromatographs able to remotely analyse each component in the network up to an advanced digital solution capable of tracking, analysing, and predicting the behaviour of the network, making it totally digitised and SMART.

RegaSphere is our digital platform that can remotely manage and monitor the entire gas infrastructure, which every day becomes increasingly complex, in an easy, prompt, intuitive and extremely safe manner.

For who have our power-to-gas solutions been developed? 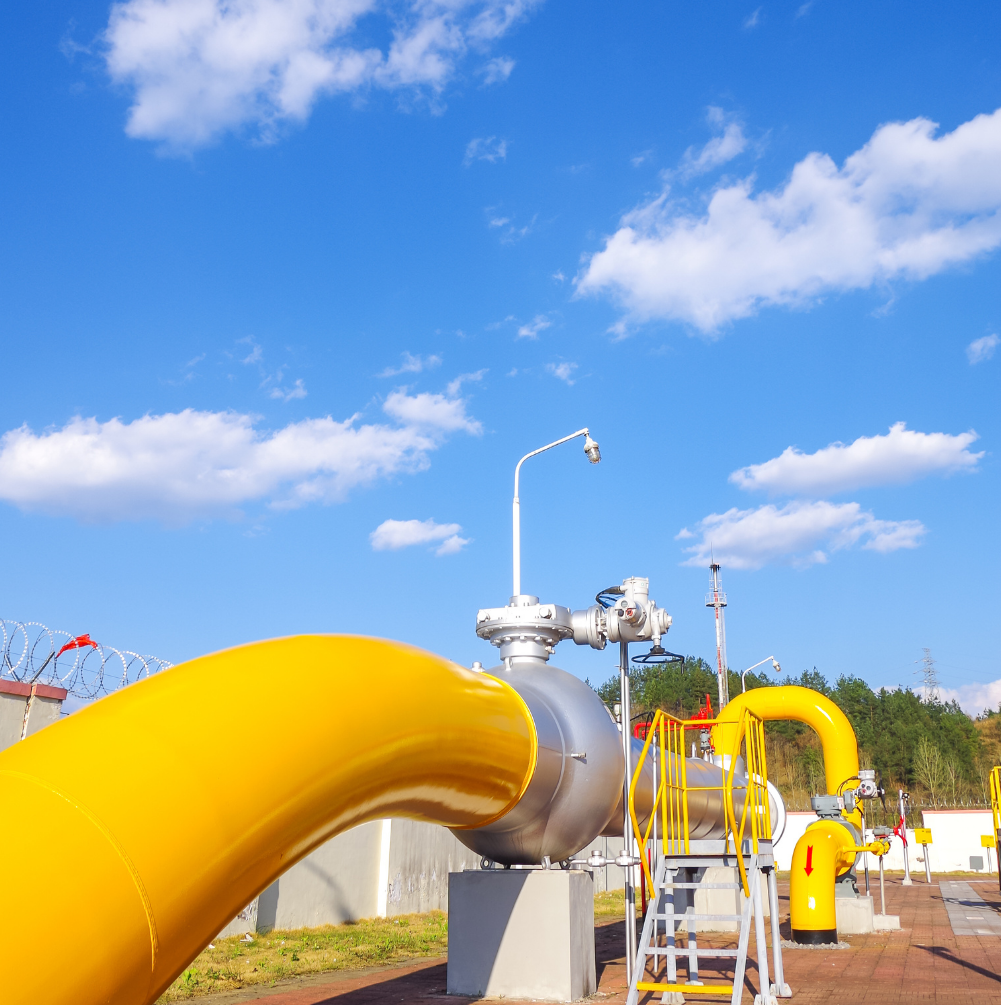 We offer them technologies and devices able to manage the production and mixing of hydrogen in the gas network by integrating it with the electricity grid or directly with renewable sources. We also monitor the flow and use of green hydrogen for end users and offer services and information helpful for taxation. Lastly, injection into the Remi substations allows additional preheating advantages to be achieved, by exploiting the waste heat of the electrolysis or by replacing methane in boilers with hydrogen. 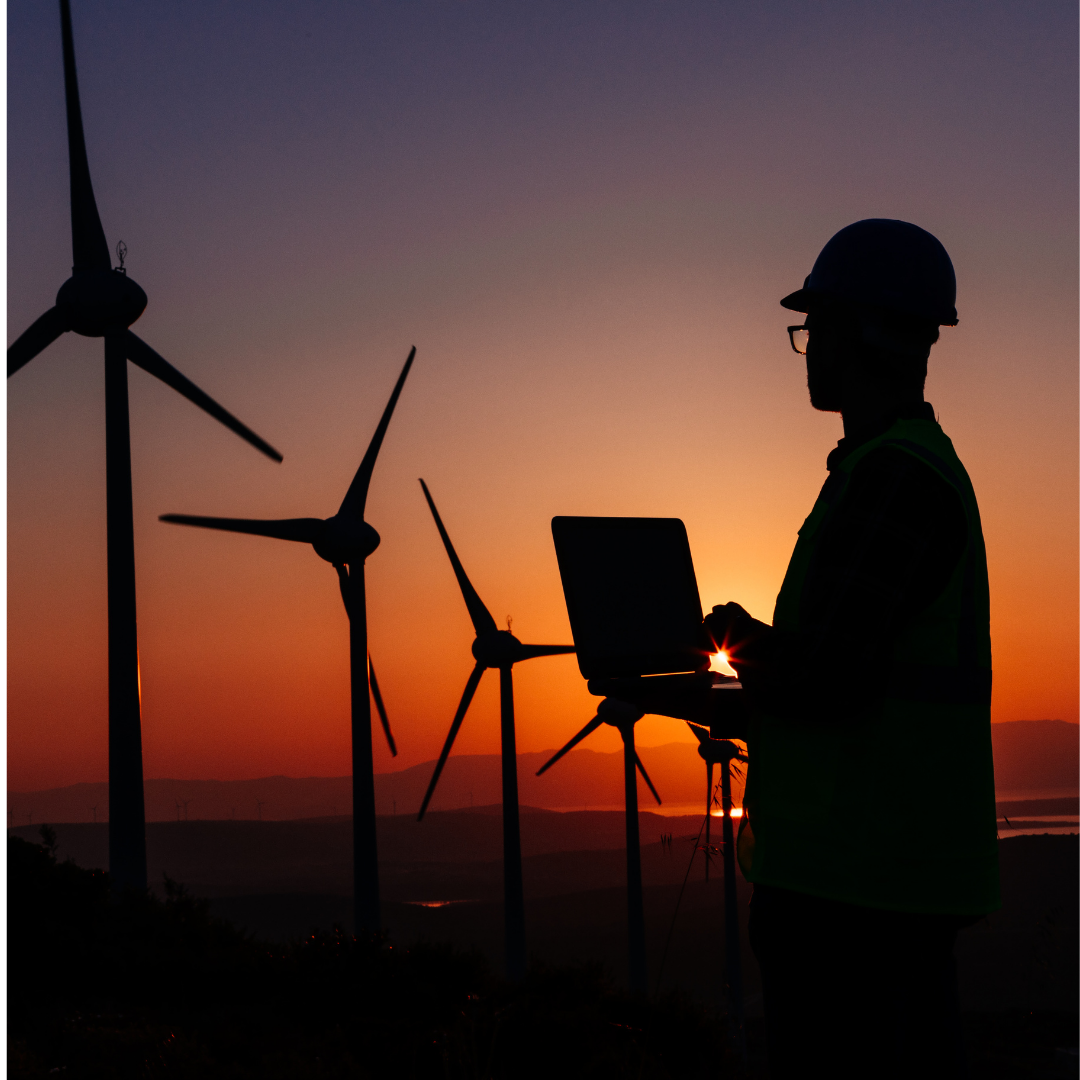 Companies in the renewable sources sector

Companies operating in the hard-to-abate sectors

That is, manufacturers of steel, cement, glass, ceramic, paper and aluminium with tools to produce hydrogen in-house to be used as fuel in their high-temperature production processes. 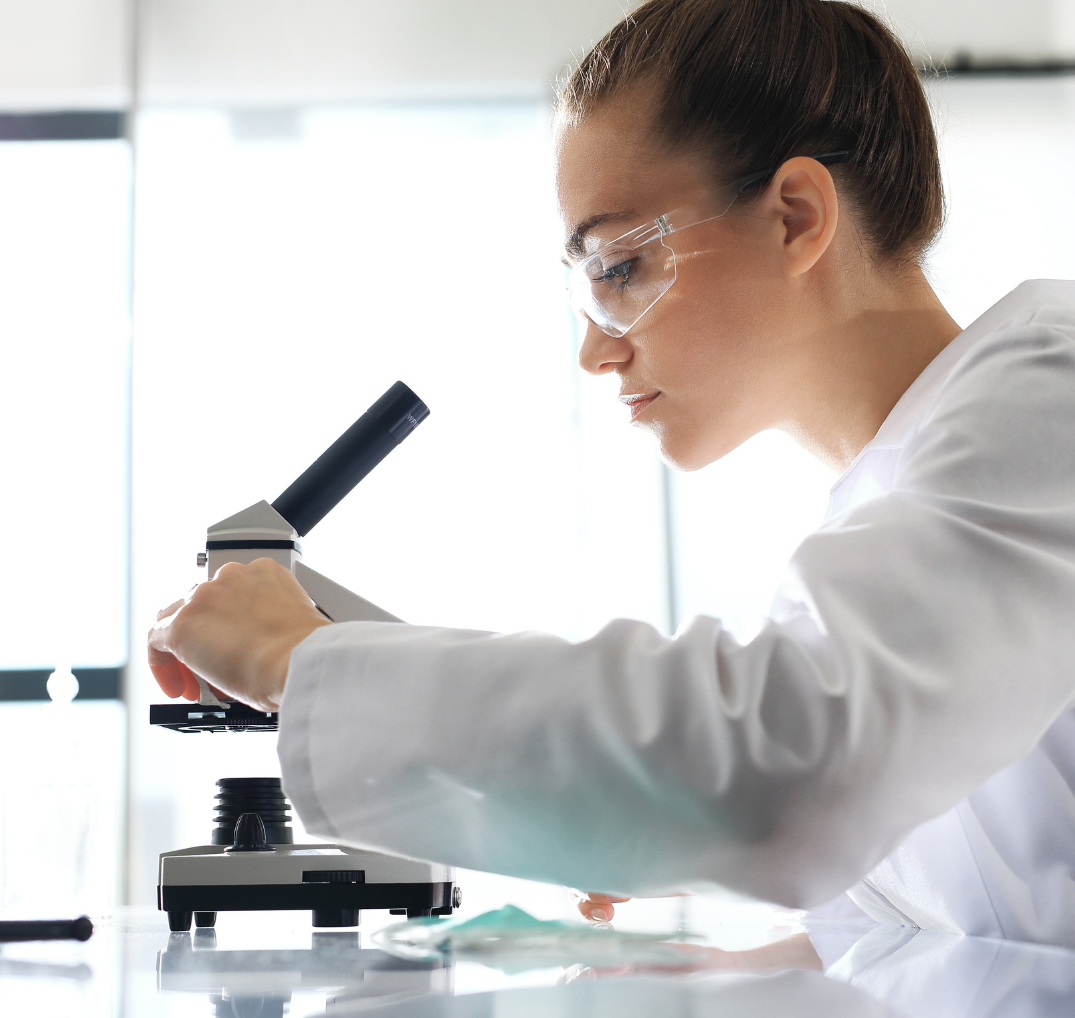 Hydrogen production systems are very useful and in high demand in a large number of research projects that focus on studying new uses and applications of the molecule. 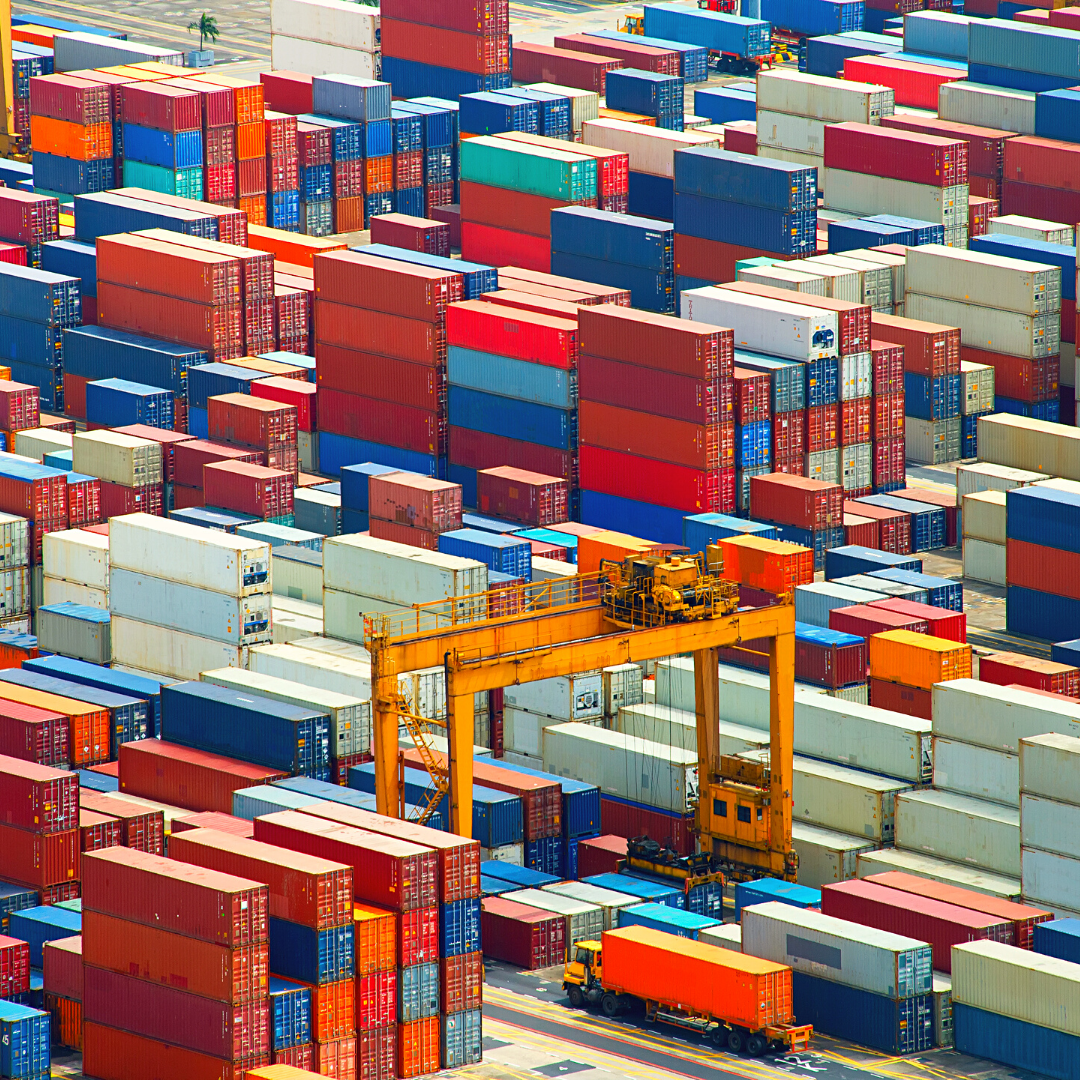 Aviation and ship transport utilise green hydrogen either pure or as material for producing synthetic hydrocarbons, an excellent solution for reducing emissions generated using fuels, essential in these sectors. Furthermore, the large areas available are suited to the installation of photovoltaics that can cut the production costs of hydrogen.